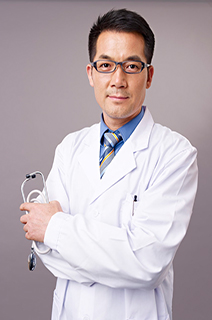 Passing the USMLE – A Personal Story

Accent modification for International Medical Graduates (IMG’s) is invaluable for passing the USMLE for those pursuing a career in the United States. Currently, one-fourth of the physician work-force is internationally-educated physicians.  According to the Annals of Internal Medicine-March, 2017, the importance of international medical graduates is greatly in need. You can read about this here:

Almost a year ago, I received a phone call.  Julio had been in the United States for 4 years and he was feeling pretty comfortable speaking English.  He had heard about accent reduction and wanted to learn more about the program. While interested, he decided to wait and teach himself. After all there are many self-help programs on the internet. Time and money was tight. Julio was preparing to take the USMLE -United States Medical Licensing Exam. A series of mandatory licensing assessments for all MD degree medical students in their transition from student to intern to resident physician.  Step 2-Clinical Skills tests clinical reasoning and patient centered skills. This is a pass/fail criteria for assessing patient and doctor communication.

All of Julio’s friends had agreed that he was much more proficient in English than they were. Even though his English was “okay”,  he decided that he would memorize his English responses. By memorizing how he would talk, he would save time and learn only the words that were needed for the test.

Two months later, the USMLE test results were delivered.  While his friends had passed, he did not.

This devastating news changed everything. He could not continue to follow his dreams without passing this test and moving ahead. Would he have to leave the United States?  His plans were halted, and he felt awful.  His invitations to interview for residency were at stake. And worse of all  He lost all confidence in his abilities to speak English.

The second phone inquiry was very different than the first one. Now Julio was panicked and was racing against the clock with desperation to improve the clarity of his speech. He was desperate to re-take and pass the Step 2- Clinical Skills of the “USMLE.”

Julio signed up for customized individual coaching sessions. He only had 2 months before the next exam date so we met twice a week.  His program was tailored specifically for him as it is for all of my clients.

Julio Was Forced To Take The Costly USMLE Exam Again

We worked on patient-doctor interactions and fine-tuned using the correct vocabulary during each patient encounter. No memorizing!

Learning to improve your English speaking skills is hard. It takes dedication but we also had so much fun!

His successes were daily and we celebrated each one, knowing what it meant for him and his family.

So, Julio, the warrior he is, flew to another city, paying for hotel, air, food and taxi’s to take the “USMLE,” again.

What Happened After The 2nd USMLE Exam?

Well you know how this story ends. I wouldn’t be telling it to you if it didn’t have a happy ending, Would I?

But here’s the best part! He didn’t just pass….

He PASSED the Spoken English Section USMLE exam with a higher score than his American friends.

And unlike just “getting by”, he is now able to use his fluent, easy-to-understand English for the rest of his career.

What have we learned from this?

There are many inspirational morals to this story. But here’s what I know.

that moment can come very unexpectedly…

and be very costly.

Don’t wait until it’s too late.

Let’s get this done now.

Opportunities for advancement are NOW, be prepared for them by being ready to pass the USMLE exam with flying colors!

Now is the right time to improve your accent

CONNECT WITH ME TODAY
Thanks for subscribing!

3 Quick Accent Modification Tips To Captivate Your Listener’s Attenti...
Scroll to top
Thanks for subscribing!